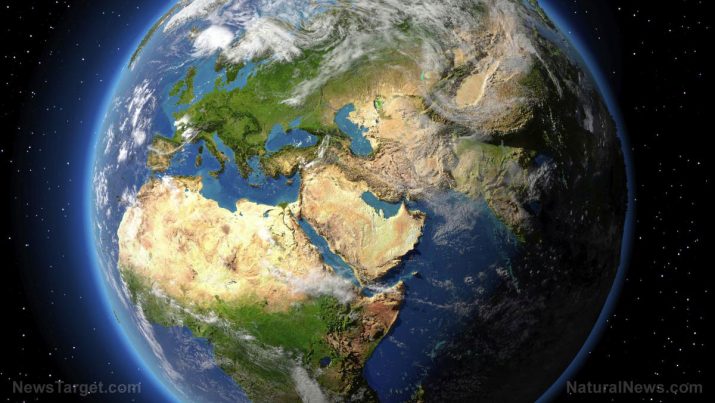 We may be living in someone else’s abandoned backyard — or planet. Don’t believe us? Ask Jason T. Wright, a controversial and admittedly fascinating astronomer who published a recent report entitled, Prior Indigenous Technological Species.

In this paper, Wright makes a mind-boggling assertion that alien civilizations may have lived in our solar system long before us. Then it was bye-bye, see ya later for them. Wright writes that there are certain “technosignatures” that space scientists should be looking for, particularly in ancient Earth, pre-greenhouse Venus, or a wet Mars. He says that while these technosignatures would be incredibly old, there still is a possibility that they can be found.

If so, it would prove that there was, indeed, a prior indigenous species — and one that was not just microbial in nature but intellectual and capable of making technological advances.

The term “alien” can mean so many things

One of the more open-ended questions in astrobiology is whether life exists (or existed) in the solar system. However, a factor that is often overlooked is whether intelligent life thrived billions, if not trillions, of years ago. We often greatly exaggerate our intelligence; ready to assume that our capacity for certain skills make us a far superior species. Yet, Wright cautions that alien life could have far exceeded even our most intellectually superior representative. Further, they would have left a distinctive technosignature; one far different from a biosignature which a “lesser” being would have left behind and which would be considerably easier to detect.

“In this paper, I discuss the possibility for such prior indigenous technological species; by this I mean species that are indigenous to the Solar System, produce technosignatures and/or were spacefaring, and are currently extinct or otherwise absent,” Wright writes. “The question of why this species is not extant in the Solar System is not relevant…the most obvious answer is a cataclysm, whether a natural event, such as an extinction-level asteroid impact, or self-inflicted, such as a global climate catastrophe.”

Wright adds that the most logical place to search for these technosignatures would be here on Earth. While it is true that the plate tectonics would have “erased” any traces of civilization that lived billions of years ago, there could be some fragments buried deep within the crust that have not been damaged by time or asteroid impact. Venus, too, may no longer be a viable option, as it is currently going through a greenhouse scouring, which has effectively cleaned the surface of any potential artifacts.

“Remaining indigenous technosignatures might be expected to be extremely old, limiting the places they might still be found beneath the surfaces of Mars and the moon, or in the outer solar system,” Wright notes.

He suggests that very old spaceships can be found lingering in the Asteroid Belt or Kuiper Belt. These artifacts would be the remnants of ancient probes, space bases, or even industrial facilities. “In the case of prior indigenous technological species, the artifacts might have had totally different purposes, such as asteroid mining operations or settlements on other planets and moons…such structures would be expected to fall into disrepair, especially if its creators are absent.”

Most interesting of all is Wright’s belief that these previous life forms hailed not — as our Sci-Fi novels would have us believe — from a galaxy far, far away but somewhere closer to home.

Whether or not these claims are true, Wright’s paper has intrigued many experts in the field and there are already discussions on how to further go about exploring and/or verifying this issue.

Wright’s notoriety began late 2015, when he proposed that a “blinking star” (which had been baffling scientists for years) was actually evidence of an alien megastructure.