Alien contact may not be that far off; listening to radio signals may enable contact this century 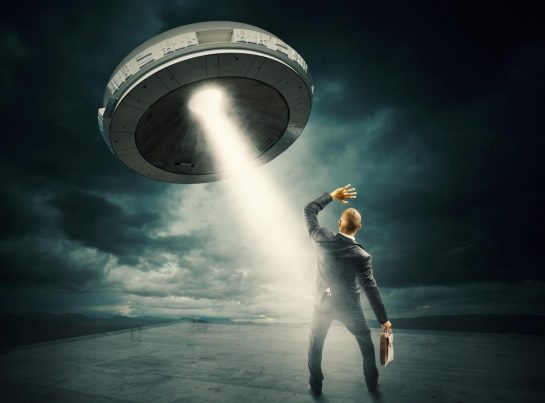 How long will humanity have to wait for alien contact to occur? According to one famous theoretical physicist, not long at all. In fact, we may be hearing from aliens within this century.

That was the answer given by Michio Kaku, one of the co-founders of string field theory, in his Reddit Ask Me Anything (AMA) on Feb. 21, 2018. MalachiNorris, a Redditor or Reddit user, posted this question in Kaku’s AMA: “Dr Kaku, if we make contact with alien civilizations, then what? And how will we talk to them?”

Kaku responded with: “Let me stick my neck out. I personally feel is that within this century, we will make contact with an alien civilization, by listening in on their radio communications. But talking to them will be difficult, since they could be tens of light years away. So, in the meantime, we must decipher their language to understand their level of technology. Are they Type I, II, or III???

“And what are their intentions. Are they expansive and aggressive, or peaceful? Another possibility is that they land on the White House lawn and announce their existence. But I think that is unlikely, since we would be like forest animals to them, i.e. not worth communicating with.”

Another Redditor, WaltherHanson, added to MalachiNorris’ question by asking about the moral and philosophical standings of such a highly advanced alien civilization.

To this, Kaku answered: “I get asked if the aliens are evil and want to destroy us. Maybe, but I think in the main they will be peaceful because they have had thousands of years to resolve sectarian, fundamentalist, nationalist questions. However, they still might be dangerous if they simply don’t care about us and we get in the way.

“In War of the Worlds, the aliens did not hate us. We were simply in the way. In the same way that a developer is a threat to forest animals because he can pave the first, the danger there is from someone who sees that we are just in the way. But for the most part, I think they will be peaceful, but view us like we view forest animals.”

Of types and radio signals

These categories described by Kaku are from the Kardashev scale, explained Science.com. The Kardashev Scale was conceptualized in 1964 by Russian astrophysicist, Nikolai Kardashev. He believed that the technological advancement of a civilization was equal to the amount of energy said civilization could harness and utilize. The more energy manipulated, the more advanced the civilization, and vice-versa.

A Type I or Planetary Civilization is able to make use of all the available energy of its home planet. This type of civilization would be slightly more advanced than our own. A Type II or Stellar Civilization can control the total energy potential of its star. A Type III or Galactic Civilization possesses energy equivalent to that of its own galaxy. (Related: Universe potentially ‘cosmic zoo’ filled with complex plant and animal life, theorize scientists.)

Beyond these are Type IV or Universal Civilization and Type V or Multiverse Civilization. The former would be an intergalactic culture that can access the power of billions of stars. The latter, the highest known type, is said to be able to move between multiverses due to having extraordinary powers and abilities.

Visit Space.news to read up on more news articles and studies about extraterrestrial life.