Scientists: Humanity could be wiped out by extraterrestrial microbes hitching a ride on spacecraft 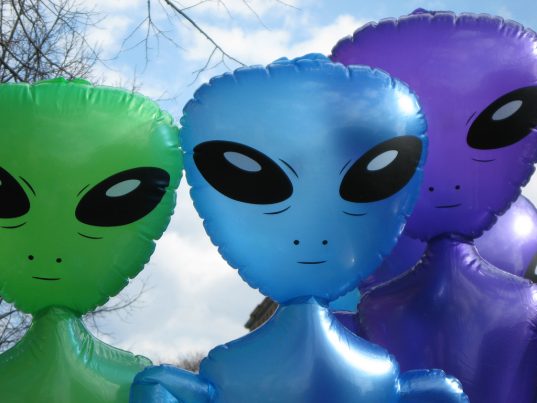 The biggest threat to humanity’s survival as a species on planet earth isn’t the green, cone-headed alien figures with oblong eye sockets that you see in the movies. It’s extraterrestrial microbes that some scientists fear could hop onto spacecraft and act as stowaways to quietly inhabit our planet and attack humans.

These microbes, a new study suggests, might parasitically latch onto the human immune system and wreak havoc, resulting in serious disease or death. And if the alien pathogens do this on a larger scale, the result could be the catastrophic wiping out of large numbers of people — an alien genocide, in other words, that takes place on a scale much smaller than what the human eye can perceive.

One example of how this might occur are the recent rock and ice samples brought back from planets like Mars and Jupiter. If there are any lifeforms on these planets whatsoever, including microscopic bacteria, then the returning ships could be bringing these with them, sight unseen. Dr. John Rummel, a senior scientist at the Seti Institute in Mountain View, California, says it would be “pretty easy” for this type of thing to occur.

This is because pathogenic bacteria and even viruses are fully capable of surviving lengthy space journeys of the type that spacecraft are now taking. If proper precautions aren’t taken by space agencies to try to prevent this kind of possible invasion, the consequences for humanity on earth could be catastrophic.

“If we bring samples back from either Europa or Mars, we will contain them until hazard testing demonstrates that there is no danger and no life, or continue the containment indefinitely while we study the material, Dr. Rummel told an audience at the recent annual meeting of the American Association for the Advancement of Science (AAAS) in Boston.

It has long been believed that Mars once had briny groundwater stores that served as salty homes for simple lifeforms. On Europa, one of Jupiter’s moons, scientists believe there still is an underground water source, also full of salt, where simple lifeforms like bacteria and viruses may be living right now.

Under normal atmospheric conditions in these places, such life forms don’t stand a chance of living for much longer than a few weeks, or even days. But should they somehow make their way inside a spacecraft that is climate-controlled and where conditions are favorable to their longer-term survival, then all bets are off.

“Introduced to the intense radiation around Europa, exposed microbes should die off in hours to days to weeks, but organisms protected inside the spacecraft would still be alive as long as the silicon chips are functioning,” says Dr. Rummel. “Microbial life, as a whole, is pretty immune to cold, dry conditions.”

A recent paper published in the journal Life suggests that there is a “cosmic zoo” out there in space made up of diverse animal and plant life similar, but also much different, to what is commonly seen on earth. Conditions on other planets and in other cosmic environments keep these organisms in a more simple state, but if they were allowed to flourish on earth, there is no telling how they would evolve and change and adapt.

In other words, even though the issue at hand right now is limited to pathogens, it could burgeon into something much more serious in the future: potential alien animal life, for instance, or other unusual lifeforms not currently seen on planet Earth. The possibilities of potential contamination are endless, and almost none of them are positive for the subsistence of humanity.