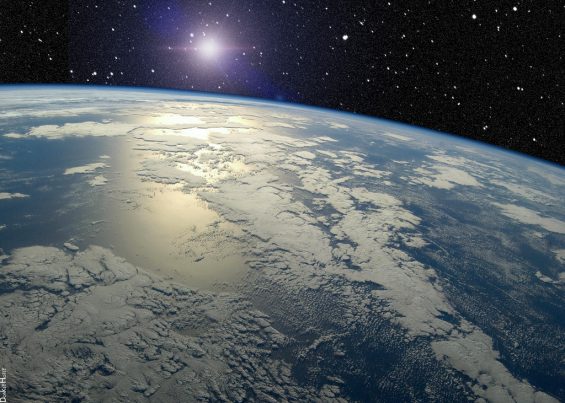 In case you hadn’t heard about the latest UFO cover-up theory circulating the internet, last week people began accusing NASA of covering up a sighting of an unidentified flying object when its live-streaming video cut out just as something appeared to be entering Earth’s atmosphere.

YouTube user StreetCap1 posted the video clip, acknowledging that the object is not necessarily a spacecraft and it could be something less notable like a meteor.

“What made it interesting was the camera cut off when the UFO seemed to stop,” he wrote.

After the video went viral, CNET reached out to NASA for comment. NASA spokesman Daniel Huot said to CNET in an email that the video is from the High Definition Earth Viewing experiment aboard the International Space Station. He said the experiment is on automatic controls to cycle through various cameras, meaning no one is actually monitoring the feed.

“The station regularly passes out of range of the Tracking and Data Relay Satellites (TDRS) used to send and receive video, voice and telemetry from the station,” Huot said. “For video, whenever we lose signal (video comes down on our higher bandwidth, called KU) the cameras will show a blue screen (indicating no signal) or a preset video slate.”

As for what the object was, Huot said, “It’s very common for things like the moon, space debris, reflection from station windows, the spacecraft structure itself or light from Earth to appear as artifacts in photos and videos from the orbiting laboratory.”