Did NASA just live stream a UFO approaching the ISS? 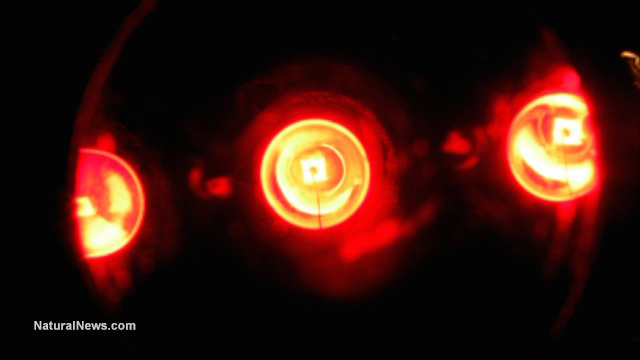 UFO sightings are a dime a dozen. They are often anecdotal and peddled by people who misidentify a weather balloon, satellite or meteor for a close encounter with the third kind. A recent NASA and International Space Station (ISS) sighting, however, witnessed by thousands of people on live stream, has the UFO community teeming with excitement.

Alien hunters claim a UFO has just been intercepted by a space station. The footage reveals NASA’s live camera feed zooming in on a mysterious glowing orb before it was suddenly cut from public viewing.

UFO Sighting Daily editor Scott C. Waring posted a video on YouTube showing the footage. The moment the camera locks in on the glowing object, the U.S. space agency cuts the live stream for unknown reasons. The object was so bright that it radiated a halo and cross-like structure.

“The UFO was visible in the distance between the ISS and Earth, before the camera panned towards it and then zoomed in. I was watching the space station live cam when I noticed the camera switch to a new camera,” Waring said.

“Then the camera began to swing to the left until it focused on a white oval between it and Earth. The object had matched its speed with the space station. The camera then continued to zoom closer and closer, but all we could see was a glowing white oval. The vibrate light from the UFO was so powerful that even NASA’s new seven million dollar HD cameras could not focus on it.”

Waring was watching the live stream when he noticed that the camera switched to a different one. The camera narrowed its focus to the left as a glowing white oval appeared to approach the space station. Waring has since contacted NASA, requesting information about what was seen by the ISS operator.

A UFO shouldn’t be conflated with an alien spacecraft. No one, including NASA or anyone else, knows what the UFO is. Nevertheless, that doesn’t prevent UFO enthusiasts from speculating.

Waring suggests the UFO was probably manned by aliens who flew close to the space station out of curiosity. Adding to Waring’s speculations, others suggest that the UFO might have belonged to an alien civilization that was exploring our neck of the woods for the very first time.

Several UFO hunters believe aliens and humans regularly meet at the ISS. Only new arrivals would cause astronauts in the space station to panic; hence, the reason why NASA cut off the live video feed.

Many NASA whistleblowers, like Clark McClelland who claims to have been a former NASA spacecraft operator, report to have seen aliens and astronauts interacting around the space station. McClelland states he saw an eight to nine foot alien inside the ISS and an alien spacecraft behind the space shuttle.

McClelland’s story has been praised by the UFO community as conclusive evidence that intelligent life exists in space. He states that the U.S. government took away his pension and forced him to live on social security, even though he served on more than 800 NASA missions.

The recent UFO spotted by NASA could be seen between the ISS and Earth, according to Waring, before the “camera panned towards it and then zoomed in.”

“Then the camera began to swing to the left until it focused on a white oval between it and Earth.

“The object had matched its speed with the space station. The camera then continued to zoom closer and closer, but all we could see was a glowing white oval.”